Decorate your gadgets with your favourite characters and iconic scenes from Rick and Morty, giving your smartphone or tablet a sci-fi twist. These gadget decals feature four sheets of reusable, waterproof stickers, some of which even feature glow in the dark elements. Featuring some of Rick and Morty’s most iconic characters, including Pickle Rick, Mr Meeseeks, Mr Poopybutthole, and more, this pack is the perfect gift for lovers of the show. These stickers are designed to be used on all sorts of gadgets including your smartphone, tablet, laptop, games console and more.

Rick and Morty is an award winning science fiction adventure comedy series created by Justin Roiland and Dan Harmon for Cartoon Network’s late-night programming block Adult Swim. Charting the adventures of mad alcoholic scientist Rick and his kind-hearted grandson Morty as they travel to parallel universes, Rick and Morty has grown incredibly popular with a highly dedicated cult fanbase spreading across the whole globe. Starting in 2013, the third series concluded four years later, however, Rick and Morty fans have plenty more to look forward to, because in 2018 it was announced that another 70 episodes were due to be released in the future. 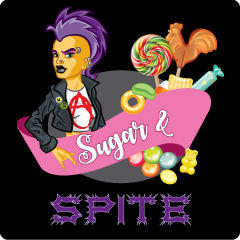